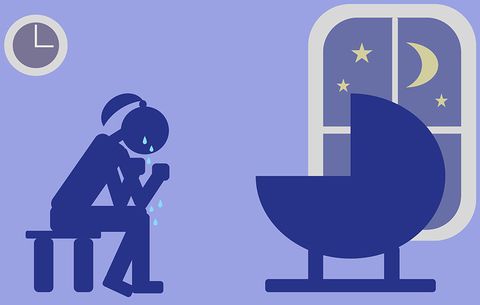 Having a baby is no easy task. Apart from the various physical stressors that a mother endures during and immediately post birth, a mother is also susceptible to psychological stressors.

Worry, unhappiness and fatigue are few of the many feelings that a mother may experience after giving birth. These feelings are loosely described as “baby blues”. With babies comes the responsibility of parents to provide constant care.

So it is only normal for mothers to be worried and anxious about providing such care. Around 80% of women undergo a phase of 1-2 weeks where they experience such mild baby blues. But these baby blues are just a mild version of lasting feelings of extreme sadness and anxiety which may interfere with a woman’s basic ability to take care of herself and her baby. A condition which occurs in around 15% of the mothers post birthing; between a week and a month, is described as postpartum depression.

One of the causes of postpartum depression include hormonal changes post birth. A woman’s hormone levels rise when she’s pregnant. Post childbirth, the levels of hormones, like estrogen and progesterone, in a woman’s body quickly drop. There is a sudden rise in prolactin levels parallel to a sudden drop in oxytocin. These sudden chemical changes in the brain result in mood swings, triggering depression.Neuroscientists at Tufts University School of Medicine demonstrated the involvement of the neuroendocrine system, called the hypothalamic-pituitary-adrenal (HPA) axis. Stress activates the HPA axis triggering the fight or flight response. This activation is blunted, weakened or reduced, during pregnancy to insulate the child from stress. So, a an impairment in the process of the HPA axis has been suggested to play a role in the physiology of postpartum depression.

– Persistent anxiousness, sadness, empty mood or mood swings.
– Frustration, inability, restlessness and anger.
– Feelings of hopelessness, helplessness, guilt regarding not being able to handle motherhood better than this, shame or worthlessness.
– Exhaustion and the difficulty in feeling comfort.
– Finding serious trouble in bonding with the baby and feelings of inadequacy in taking care of the baby.
– Lack of pleasure and interest in usual activities that earlier were very enjoyable.
– Fatigue, decreased energy and low motivation to get things done.
– Being unable to sleep even when the baby is asleep, insomnia or even the opposite, oversleeping.
– Not being able to eat or eating too much all the time.
– Poor self-care and social withdrawal.
– A diminished ability to think clearly or even make small decisions.
– Not being able to remember things and losing concentration.
– A constant fear of not being able to care for the baby.
– And worrying about harming the baby or harming the self.

Postpartum depression leads mothers to have inconsistencies with childcare, including feeding routines, sleep routines and health maintenance, which in turn interferes heavily with normal mother- infant bond and can have a negative long term effect on child development. In a few rare cases, occurring in about 1-2 per 1000 women, postpartum depression manifests itself as postpartum psychosis. Cases of postpartum psychosis may also lead to infanticide.

When left untreated, postpartum depression can last for months or years. It not only affects the mother’s physical and mental health but might also affect the infant’s overall growth and development. On recognising or detecting the presence of any of the symptoms mentioned above, one must go and consult a doctor for further help or treatment regarding postpartum depression. Therapy and medication along with support from friends and family may help overcome the baby blues. Other simple techniques like exercising daily, meeting simple goals, relaxing and surrounding yourself with supportive people helps in combating postpartum depression.